Such monitoring option is more secure for wildlife activists. Especially when dealing with dangerous poachers and tracking their crimes “from above”.
It’s much easier to monitor them from the air with such unmanned vehicles. Particularly considering how vast African territories are. Inline with drones usefulness, nobody can deny how important deliveries are for our life. With drones, pizza, gadgets or even medicine delivery can easily extend to remote, distant locations!

Did you know, that drones can oversee thousands of acres of farmland in just one flight.

Observing irrigation water systems and the state of the crop has never been easier. And using special thermal cameras with infrared vision can reveal plants’ diseases to farmers. Though, useful and fun ways on how to use drones don’t end there. 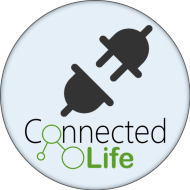